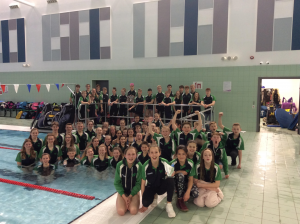 Worcester Swimming Club continued its dominance of the Winter League at the final in Droitwich. With all three Worcester Swimming Club teams competing the “A” team were comfortable winners for the fifth year in a row and the “B” team finished ahead of Halesowen and only marginally behind Pershore. Worcester came first in 15 of the 40 races. The final result was Worcester “A”, 202 points, Redditch 170, Pershore 145, Worcester “B” 129, Halesowen 121 and Worcester “C” 71 points.

The full teams were: