WSC is off to Tokyo!!

When Becky won gold and became a World Champion at the Para Swimming World Championships in London 2019, she thought that would be one of the final steps in her build up to Tokyo 2020. What she didn’t realise was that she was already pregnant when she swam that race. Baby Patrick was born in July 2020, and given the pandemic and lockdown, this was a hugely difficult experience for her – the upside though was that the Tokyo Paralympic Games were postponed for 12 months which gave Becky the chance to get back in the pool after the birth and recover her fitness in time for the delayed Games. 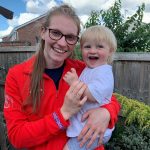 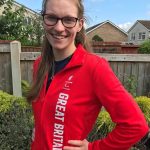 In the 12 months building up to the rescheduled Tokyo Games, not only did Becky raise a new baby, she also completed a degree at Worcester University, albeit with the final term of school placement deferred until after Tokyo, she completed a dissertation, she trained in a temporary swim spa in the back garden at home, and when Worcester Swimming Club was able to re-open, she suffered the same social distancing restrictions that affected all club members which meant she only had around 30% of her usual hours available. She is really grateful though that as she approached the final weeks of training before leaving for Japan, the club was able to support her with additional pool time in other sessions to help boost her hours and meterage. With no land training on poolside, and with her usual gym at Worcester Uni closed, she had to make do with limited land training in the garden at home.

She has also spent much of the last 12 months visiting local primary schools to talk to the children about her journey, and about how, with hard work and dedication, you can achieve your dreams no matter how many obstacles appear in your way.

Juggling a baby, university, and swim training would be hard enough for anyone – Becky has to do it with a severe visual impairment which restricts her ability to be fully independant and means she has significant help from her club and her family. The support she has received from fellow members and the extended WSC family has been amazing and very much appreciated.

She left for the holding camp in Suzuka in Japan in early August, and has recently moved to the Athlete Village in Tokyo for her final preparations. 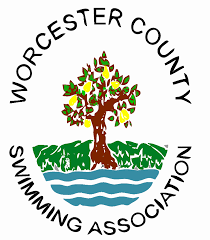